I decided to roam the streets after my day tour. I’m so glad, I did.

END_OF_DOCUMENT_TOKEN_TO_BE_REPLACED

This annual leave was supposed to be reserved for me and my husband’s second honeymoon in Maldives. Due to impractical prices of plane fares and expensive rates in Maldives we weren’t able to push through. Even an option of another Bangkok, Thailand escapade was nakakabutas bulsa. I gave him the option of  going to Vietnam, but he still has some issues with the Vietnam War.
I asked his permission if I could go  alone. He was apprehensive at first, but he trusted me and gave me permission. Thank you Seff, for letting me experience this opportunity. I love you very much. And because of this trip, I convinced him to comeback with me there. He was fascinated with my stories of their healthy food. *wink *wink*.

END_OF_DOCUMENT_TOKEN_TO_BE_REPLACED

I’m solo on my first 24 hours in HK. I was apprehensive at first but, I managed anyway. All the walking, reading of map/book and asking for direction helped me through my day. I also downloaded the MTR tourist app for directions to the tourist attractions (very reliable! and easy to understand). I had a good grip of my time since I decide for myself especially on when to leave or stay a place (that’s why I love solo travel).

I booked my accommodation with Roomorama. Cheaper than hotels and the owner was very accommodating. It was a typical flat that was very comfortable and homey. 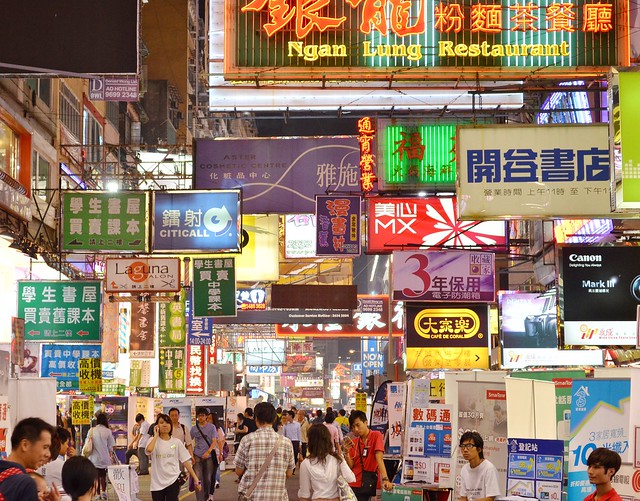 END_OF_DOCUMENT_TOKEN_TO_BE_REPLACED

On my way to Melaka Sentral, the bus passed on a huge golden statue of Datuk Wira. He\’s still very active and prominent even at the age of 85.
Started my sightseeing trail from the Dutch Square by hiring a tricycle rickshaw. Bad move for me. But my pedicab driver is nice if I look at it on the bright side ( and I forgot his name…shoot!). Malacca is his bread and butter. Been working for 30 years as a rickshaw driver.

Furthermore to the trail…

As I went down from the St.Paul church. The Malacca Sultanate Palace was open. So I grabbed the opportunity. I think the entrance fee is 1 RM.

Like Loading...
Not all of my travels are perfect. More often, I have my own share of bloopers, getting lost, lost in translation, victim of rip-off and haggling fails. Nevertheless, it\’s all part of the adventure. Just always keep in mind to be cautious and safe. Don\’t do something that\’s mala-Locked Up Abroad. Make sure you familiarize yourself of the destination country\’s do\’s and don\’ts, laws, culture etc. so you won\’t get in trouble. Always have a Plan B ready if some of the places you want to go to is not feasible.

Malacca (Malay: Melaka)  is the capital of the state of Malacca, on the west coast of peninsular Malaysia. Visiting Malacca is a unique experience with a rich historical and cultural background from previous Portuguese, Dutch and British rule. The city centre was listed by UNESCO as a World Heritage Site in July 2008, along with Georgetown, Penang.  – SOURCE

I\’ve made this day trip to Malacca because if I waited for a friend to plan a trip there it will take forever. So another solo trip for the lakwatsera in me.
I can\’t pursue an overnight trip because I don\’t have a few days off from work. In my mind if I don\’t do it now, I won\’t be seeing Malacca in the next few years. So I booked a ticket online via easibook costs 45 SGD (2 way ticket). From Everton Park, I hailed a cab going to Golden Mile Complex in Beach Road. My bus going to Malaysia was Sri Maju. The ride was a pleasant one. A/C is working fine, reclining seats are comfortable. We\’re not allowed to use the TV and games console because I remember we just paid for coach seats. No problem with me, just as long as I have my iPod I\’ll be fine. The best part was there\’s only three passengers plus the driver. Yes!
After immigration clearance, you\’re set to Malacca. The trip is approximately 4 hours long including the mandatory stopovers. I find the duration of the trip fast. Fair enough for a big bus and no traffic along the road. But I\’m guessing if you have a private car you can reach Malacca 3 hours from SG (or less?).

Our last stop was Melaka Sentral. From there I searched for the Bus # 17 going to the Heritage Site. It\’s located in the front area of the shopping center. There are lots of people waiting for that bus when I came. Queuing is non-existent. You have to squeeze your way through the people, skin-to-skin. The bus was filled up, literally. I stayed at the back so it\’s not that crowded. I paid between 1-2 RM and you have to pay cash to the driver.

I heaved a sigh of relief when I saw this…I\’m on the right track! Yehey!

Bus #17 will stop at the Dutch Square near the fountain and clock tower. And off you go to explore the city!

I was able to come inside the church. Photo-taking is not allowed but the interiors are simple and the walls are mostly white. I\’m not quite sure what time the open and close from the public.

The Tourist Information Center is very accessible from the Dutch Square (you just need to cross the street). If you\’re a bit lost of where to go and what to do, just head to the center. There are computers with internet connection, brochures, booklets and some guidemaps.

For me, especially if you\’re on a budget the best thing to do: follow the Heritage Trail and walk all the way. It may look or sound far (when you ask for direction) but the TRUTH is major tourist spots are within walking distances (refer to the map above and see the yellow colored area).

I realized that I made an expensive mistake of trying-out the flamboyant pedicabs. While trekking through the city I was like \”Ang lalapit lang pala sana nilakad ko na lang.\”

The Dutch influence has definitely made a mark in this city.